My Basketball Dream (aka: The Night I Kicked My Sweetie Wicked Hard) 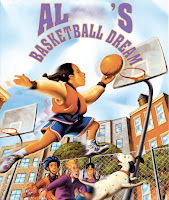 (do you like my horribly retouched picture?)
One night, I had a dream that I was watching a middle school boys' basketball game. I was in the stands and saw this big kid from one of the teams attack a smaller kid from the other team. He started beating him up, then pinned him on the ground. Somehow, I knew the bigger kid was planning to bite off the smaller kid's ear. I ran down onto the floor and grabbed the bigger kid from behind. He kept trying to get to the kid on the floor, and I was trying to immobilize him by kicking his leg out from under him, but I was having that dream issue where my body kept moving really slowly, as if I were underwater.
I've studied dreams a lot over the years, and sometimes when typical things (like moving really slowly) happen in my dreams, I'm able to notice and control the situation. In this dream, I realized I would be able to control my movements better if I concentrated really hard. I wrapped my leg around the front of the boy's leg, focused on my heel, focused on his shin, and then BLAM! I kicked him wicked hard! I was so proud of myself for connecting with force and immobilizing my dream foe.
And then I was awakened by this:
"AAAAAAAHHHHHHHHH!!!!! OW!!! OH MY GOD!! OH MY GOD!! OW!! OH MY GOD!! WHY WOULD YOU DO THAT?!?!?!"
Those would be the agonized cries of my poor then-boyfriend, now-husband, whom I had just rocketed out of a peaceful sleep by kicking him squarely in the shin with full force. I imagine him transitioning instantaneously from feeling like this: 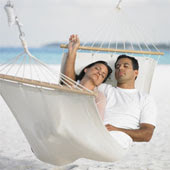 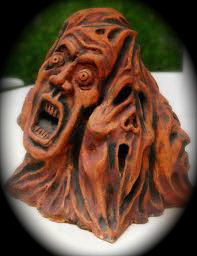 Poor Sweetie.  :(
When I became fully conscious and realized what I had done, I began laughing hysterically and uncontrollably. See, folks, I have this problem. When it comes to people (including myself) completely losing control of themselves physically, I find it hilarious. For example, when people trip and fall flat on their faces, I always laugh first before composing myself enough to ask if they're okay. I recognize that this is a character flaw, but I can't help it! It's just way too funny!
So I laughed and laughed and laughed and laughed and laughed. Finally, I calmed down enough to try to explain, through intermittent bursts of giggling, what had happened. Unfortunately, it came out kind of like this: "I'm so sorry (hahahahaha!) Sweetie! I (bahahahahahaha!) was having this dream (bwah ha ha ha!) where I was trying to (hahahahaha!) kick this kid!" To which he replied, "That really doesn't make me feel any better."
I realized I was making him believe I was an even more horrible person by the minute, but there was nothing I could do. For the next 20 minutes, as he tried to forget his shin pain and get back to sleep, I kept erupting into hysterical giggle fits. Finally I managed to squeak out, "I love you, Sweetie." And he responded, "Yes. I can tell by your actions."
What can I say? I have issues. And yes, even though this happened over five years ago, I laughed the entire time I wrote this. 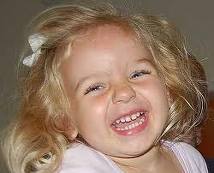 Al Etreum
Aside from some photos of my dogs and me (and the photography featured in Why I Take Pictures), all pictures depicted in I.S.W.A.R. posts have been snatched from Google Images. I hope I'm not breaking copyright laws...but I figure, if I'm not making any money off of this stuff, who in a capitalist country would care? [P.S. - I've moved. You can find me here: kellywolflovesdragons.com.]